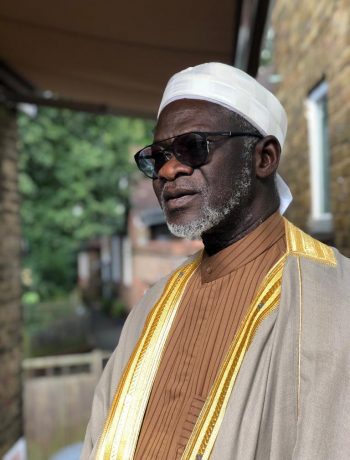 My name is Tayeb Mustapha Cham and I am an Imam, teacher, community leader, and dawah activist. Alhamdulillah, I come from a family reputable for their dedication and sacrifices to the mission of dawah in The Gambia.

From an early age, I learned Quran from my father, who was a respected Imam and Da’i in The Gambia. In the early 70s, I traveled to Senegal to further my studies at the Islamic Institute of Medina Bai, Koalack. There I developed firm foundations in various Islamic sciences including the Arabic language, Quran, Tafsir, and Hadith. Upon my return to the Gambia in 1977, I joined the Ministry of Education as an Arabic and Islamic Studies teacher.

In 1980, I was honored with a scholarship to join the Arabic Language Institute in Riyadh, Saudi Arabia. In 1983-4, I entered the Faculty of Education in the Islamic Studies department of King Saud University, where I completed my BA. In 1993, upon my graduation from King Saud University, I was nominated by Muslim World League as a representative Imam and scholar and moved to London.

In 2005 I established Taiba Welfare Foundation, an initiative to better serve the local Muslim community in northwest London. By the grace of Allah, over the last three decades, my dawah contribution has positively impacted the British Muslim community in my area. Furthermore, I have been an active contributor and participant in several international Islamic conferences and seminars in Saudi Arabia, Morocco, Jordan, Belgium, and United Kingdom.